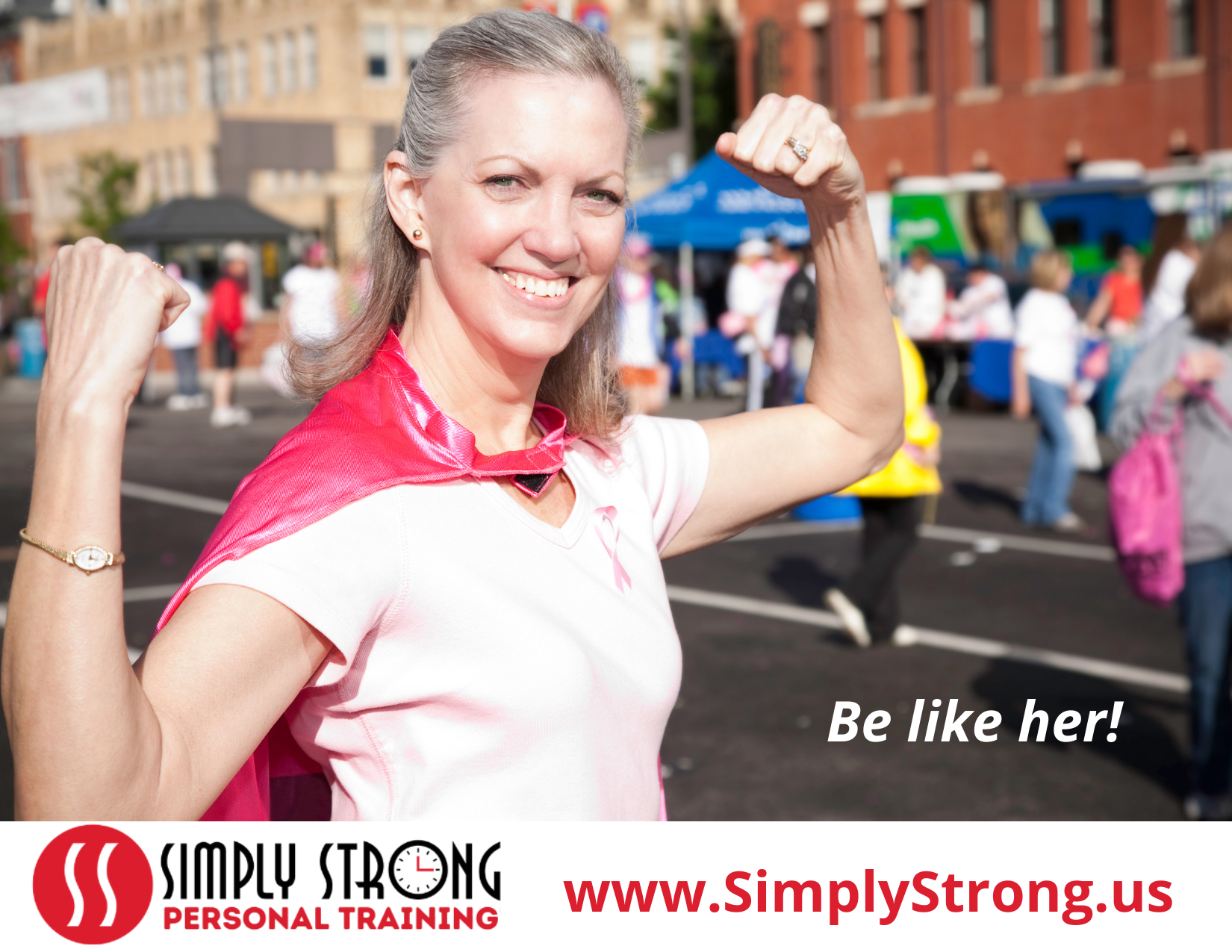 Cancer treatments are grueling. The most common cancer treatments—surgery, chemotherapy, and radiation—produce a list of side effects that occur during the actual treatment period. However, the damage doesn’t end with graduation into remission. Long-term side effects of these cancer therapies include pain, neuropathy, increased susceptibility to fractures, scar tissue buildup, fatigue, and cardiovascular issues. In essence, a cancer survivor has survived the cancer but now has a series of new problems.

According to a recent article from the Mayo Clinic Proceedings, there is another significant problem stemming from cancer treatments. “Skeletal muscle dysfunction is a highly prevalent, but often overlooked, phenomenon in the oncology setting,” and muscle dysfunction (weakness) is “independently associated with clinical endpoints including survival time.” Considering these comments, it should be no surprise that muscle strengthening was connected to a 33% lower rate of death in a recent seven-year study of cancer survivors!

The study, conducted by a group of American and Australian researchers, looked at lifestyle habits in 2,863 cancer survivors. The survivors were anywhere from 18-81 years old and in remission from various types and stages of cancer.

You may look at these results and feel that the result is logical and expected. After all, muscle strengthening is exercise and exercise, in general, can be beneficial for health. However, there was another key finding that might get your attention: overall physical activity had no effect on the participants’ death rate. Being physically active, without the inclusion of muscle strengthening, did not decrease the chances of dying during the study.

How can this be? During cancer treatments, muscle and bone tissue are lost. Muscle strength is directly connected to the ability to complete activities of daily living. And as bone density is lost, fractures become more likely, and a fracture obviously leads to less physical activity and further physical and mental decline.

Progressing to remission and “cancer survivor” status is cause for celebration, but the work does not end there. Cancer treatments lead to a number of side effects, including decreased overall functional ability. Muscle strengthening provides a way for these individuals to work towards regaining their pre-cancer functional capacity, and, according to this study, increases the chances of living longer. Considering that very effective muscle strengthening can be accomplished with an investment of just one or two 15-minute supervised sessions a week, it’s an understatement to say it’s worthwhile for cancer survivors.

New to SIMPLY STRONG and want to see how we can help you? Why not try us out for FREE!

Fill in the details below and we will contact you! Pick Up Your Free Book

You Can Live Younger, Stronger, and Healthier in Just 15 Minutes a Week.

By Ed Collins and Kathryn Collins

Call to schedule a FREE consultation and a FREE book.